There was a while when I thought I wanted to become a fashion model.  Following a pretty acute kidney infection that left me in intensive care for eight days and a recovery time estimated at more than six months I had achieved the gaunt, stick thinness of catwalk models.

So I spent a few months really trying to workout out how to break into the modelling world.

However it didn’t take too long to realise that I didn’t want to be that kind of model and anyway I was becoming pretty sick of feeling sick and tired trying to maintain an unhealthily skinny body.  Here are two photos of me from about two months after being discharged from hospital- my BMI was about 16.

It was at this time I started to grow my understanding of what nutrient dense eating was and that lead to an understanding of just how unhealthy it was to eat animals, having being brought up vegetarian and becoming vegan at 18  I was already more than aware of the unethical and cruel practices within the meat and animal produce industries which was cause enough for me to become plant based.

The science to refute the claim that the human body needs animal protein is not difficult to uncover these days so it seems crazy to most plant based folk, that other’s are still taken in by the meat industry’s claims.  The incontrovertible truth is that we humans do not need to eat animals.  This is strongly backed up by hundreds if not thousands of nutritionists across the globe.

If we don’t need to eat other animals then why on earth would we!  Why is it that most of the human population is either eating or aspiring to eat animals?  It is cruel, it’s unhealthy, it’s uneconomical, it causes social divides and the meat industry as a whole is accounting for the biggest aspect of environmental degradation the world over.

Well of course I know why – it’s because it’s big business and shareholders want their pretty penny.  That is why so much money is spent on sexing the industry up trying to make us believe that there are benefits of eating animals and scaring us with outlandish claims of what will happen to us, the animals and the workers within the industry if we don’t eat the meat produced.

And that is why so much of the real nasty side of the industry in kept hidden.  Just like in the fashion industry there is a real unpleasantness about it.

It’s no surprise to me when ordinary meat eaters watch Forks Over Knifes or Cowspiracy that they are utterly shocked.

Does anyone know the conversion rate of meat eaters to plant based eating after watching such films?  So far in my experience it’s 100%!

Check out this article from the Independent – What would happen if we stopped eating meat? 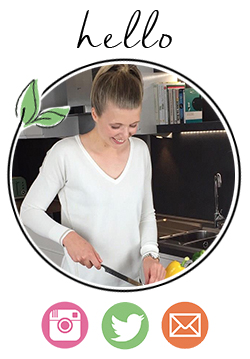